A mounting body of evidence suggests that arts have therapeutic properties. The origins of the discipline of art therapy (AT) dates back to 1938, when Adrian Hill - now known as the pioneer of art therapy – reported intensely practicing art while in treatment for tuberculosis, and from the frontlines of WWII. He later described his experience using art as effective coping mechanisms in the book “Art versus illness”. Margaret Naumburg defined the initial psychoanalytic framework of art therapy in 1940s, whereas Edith Kramer elaborated on the healing properties of psychological processes activated during creative practices (Wadeson, 2010). Adrian Hill and his contemporary Marie Petrie believed that art could restore people’s health (Waller, 1991).

Art therapy is recognized as very beneficial and effective in the treatment of mental and physical illnesses, it is now believed that the creative process involved in art making is healing and life enhancing (AATA, 2013). The form of emotional expression is proven effective as both the form of therapy, and a method of non-verbal communication (Malchiodi C. e., 2003). The American Art Therapy Association (AATA) defines goals of AT as “improving or restoring a client’s functioning and his or her sense of personal wellbeing.” The British Association of Art Therapists (BAAT) also believes that “trained art therapy professionals are able to transform the lives and wellbeing of AT service recipients with benefits extending well beyond the therapy sessions” (Special Educational Needs, 2015). Creative activities are also generally known to help people of all ages explore their emotions and beliefs, reduce stress, resolve conflicts and enhance a sense of wellbeing (Malchiodi C. e., 2003).

Research documents that creative expression alters people’s mood, emotions and behaviors, but also influences humans’ neuro-endocrine pathways that reduce blood pressure, promote relaxation, boost immune system functioning thus reducing anxiety, depression and pain. Therefore, the process of creative expression is proven to promote people’s general quality of life (Foundation for Art and Healing, 2015). Engaged in creative self-expression such as painting, for example, people who face serious health conditions with no control over their life situation feel in charge and empowered as they create their own projects and enjoy their accomplishments, thus feeling liberated and strong. Creative art therapies put people in touch with their inner world and feelings, serving as the vehicle for expression of their deepest emotions to explore the content of their subconscious mind.

When skilled professionals are able to engage otherwise hard to reach patients to communicate and express their innermost feelings through art, the method of therapy has shown to be effective as a treatment for traumatic brain injury, schizophrenia, sexual abuse, breast cancer, post-traumatic stress disorder and numerous other conditions (Bitonte, 2015). AT is being effectively applied in therapy with serious chronic disease and physically challenged patients and, particularly, cancer patients who have in most cases have demonstrated emotional and mental improvements after AT (Ibid, 2015).

Originally intended for improving just the emotional state of patients, alternative expressive art therapies are now found being effective for other therapeutic properties, e.g. use of visual and cognitive stimuli are proven to evoke memories of patients with Alzheimer’ whereas dance has been shown to improve the mobility of patients with conditions such as fibromyalgia and Parkinson disease. University of Minnesota’s research at a local senior center has found that dance therapy helped participants stay healthy by improving their flexibility, coordination, balance, and endurance, as well as improved their memory and social skills (Christenson, 2015). Music and song therapies have been used as alternative means of communication for those recovering from post-stroke aphasias. Patients report that creating art had helped increase their sense of control, distracted from pain, decrease stress level and blood pressure, and provide an outlet for emotional exploration and expression (Christenson, 2015).

In clinical settings, AT is also effectively used in adult cases of hemodialysis, HIV/AIDS and Alzheimer’s. Also, adults with schizophrenia, bipolar disorder, borderline personality disorder, PTSD, trauma of sexual abuse, dementia, and many other conditions show lasting benefits from AT (Bitonte, 2015). Statistically significant evidence on AT was documented in a randomized clinical trial in the HIV/AIDS treatment clinic attempting to test the feasibility and effectiveness of AT with the patients (Rao, 2008). Following just one session of AT, positive outcomes were reported regarding the relief of symptoms experienced by people living with HIV/AIDS. A possible explanation of the remarkable effects of AT can be that imagery had tapped into the people’s earliest ways of knowing themselves allowing them to react to the world from the deepest place of their being, thus relaxing and sparring their mind off negative thoughts, fears and discomfort. Used as a language of therapy, art in combination with verbal dialogue enhances its capacities to find a more successful resolution to human difficulties (Riley, 2001).

Visual art therapy is found particularly effective with people who have been exposed to very traumatic life events. The integrative approach was proven unique and appropriate for the multidimensional treatment of their PTSD. A body of research had identified a firm neurobiological basis of PTSD (Rauch et al., 1996; Van der Kolk, 1994; Lusebrink, 2004; Belkofer and Konopka, 2008) with supporting evidence of brain images that observed constructive neurobiological activity associated with art-making, which explained the effects of AT in assisting with healing (Lobban, 2014). These finding are further supported by clinical observations identifying that dissociated traumatic memories are inaccessible to verbal memory leaving trauma victims in a state of “unspeakable terror,” whereas the visual AT represents a modality allowing the trauma “speak” in a visual form (Avrahami, 2006). Working with trauma patients, art therapists use diverse methods - from minimal guidance on themes and artmaking processes to offering more structured formats to enhance patients’ potential for affective, behavioral, and cognitive adaptation to trauma (Rankin, 2003).

Arts can be used to promote public health. A successful example of this happened in Sidewalks Saving Lives - a collaborative project of the University of Minnesota’s Center for Urban and Regional Affairs, Kwanzaa Community Church and Juxtaposition Arts in north Minneapolis – where community members worked with artists during 2008-2009 to paint sidewalks with educational messages about HIV/AIDS and the importance of being tested, which have shown positive effects on population awareness and uptake of services (Christenson, 2015). Moreover, people are found more responsive to doctors’ prescriptions of art, dance and other creative therapies as disease prevention strategies compared to the recommendations of physical exercise.

A story of a little boy..

How it all got started.. 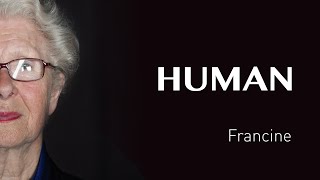